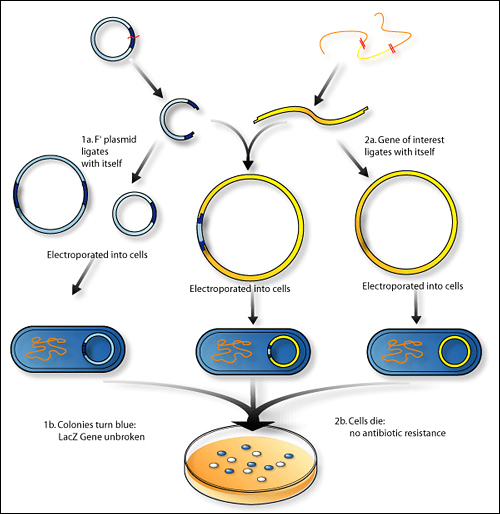 New genetic techniques such as metabolic engineering, combinatorial biosynthesis and molecular breeding techniques and their modifications are greatly contributing to the development of improved industrial processes. Furthermore, functional genomics, proteomics and metabolomics are being exploited for the discovery of new small molecules valuable for medicine, as well as enzymes for catalysis. Sequencing of industrial microbial genomes is ongoing, which bodes well for future process improvement and the discovery of new industrial products.

Primary metabolites are microbial products made during the exponential phase of growth whose synthesis is an integral part of the normal growth process. They include intermediate and end products of anabolic metabolism, which are used by cells as building blocks for essential macromolecules (eg, amino acids, nucleotides) or converted into coenzymes (eg, vitamins).

Other primary metabolites (eg, citric acid, acetic acid, and ethanol) result from catabolic metabolism; they are not used to build cellular constituents, but their production, which is related to energy production and substrate utilization, is essential for growth. Industrially, the most important primary metabolites are amino acids, nucleotides, vitamins, solvents, and organic acids. Recent approaches use modern genetic engineering techniques to develop strains that overproduce primary metabolites. This rationale for strain construction aims to assemble the appropriate traits by means of in vitro recombinant DNA techniques. This is particularly valuable in organisms with complex regulatory systems, where dysregulation would involve many genetic alterations.

The production of a particular primary metabolite by dysregulated organisms may be inevitably limited by the inherent ability of the particular organism to produce the appropriate biosynthetic enzymes, i.e., even in the absence of repressor mechanisms, not enough enzyme may be produced. to get high levels. productivity. There are a few ways to overcome this: (1) increase the copy number of structural genes encoding these enzymes through genetic engineering, and (2) increase the transcription frequency, which is related to the RNA polymerase binding frequency. to the promoter region.

Gene copy augmentation can be achieved by incorporating biosynthetic genes in vitro into a plasmid that, when placed in a cell, will replicate in multiple copies. Increasing the transcription frequency involves the construction of a hybrid plasmid, which contains the structural genes of the biosynthetic enzymes but lacks the regulatory sequences (promoter and operator) normally associated with them. The ideal plasmid for metabolite synthesis would contain a regulatory region with a constitutive phenotype, preferably not subject to nutritional repression.

Genetic engineering has impacted amino acid production through the use of the following strategies: (1) amplification of a rate-limiting enzyme pathway; (2) amplification of the first enzyme after a branch point; (3) cloning of a gene encoding an enzyme with more or less feedback regulation; (4) introduction of a gene encoding an enzyme with a functional or energetic advantage as a replacement for the normal enzyme; and (5) amplification of the first enzyme that leads from central metabolism to increased carbon flux in the pathway, followed by sequential removal of bottlenecks caused by the accumulation of intermediates.

Transport mutations have also become useful, that is, a mutation that reduces amino acid uptake allows for enhanced excretion and lower intracellular feedback control. This has been especially useful in the production of tryptophan and threonine. In cases where excretion is mediated by transporters, increased activity of these transporter enzymes increases amino acid production.

These compounds have an important effect on the health, nutrition and economy of our society. The best known are antibiotics. This remarkable group of compounds forms a heterogeneous assemblage of biologically active molecules with different structures and modes of action. They attack virtually all types of microbial activity, including DNA, RNA, and protein synthesis, membrane function, electron transport, sporulation, germination, and many others.